Nearly a month after his truck — which had all of his work tools inside it — was stolen and crashed, Mark Moynahan is still working to rebuild his livelihood and find stability.

As his Chevy Silverado sits in pieces at his friend’s body shop, Moynahan bought another old truck (a “rare beauty” as he jokingly calls it) to get to his contractor jobs. At pawn shops, he has been buying tools he finds to replace those that were lost or damaged. But there was one piece of precious cargo in the truck that Moynahan is holding out hope to find.

“I want my dog back,” Moynahan said. “I’m mad. I’m mad about it. I’m just angry as time goes on. I lose hope, but I’m still really angry about it.”

Moynahan’s 2-month-old puppy, Bunker, was in the cab of his Silverado the afternoon of April 19 when police say two individuals took the truck using the spare set of keys from the glove box.

According to police, the two suspects drove through Arvada and Westminster, committing several hit-and-runs, before getting into a crash near the intersection of Colfax and Pearl in Denver that left the truck inoperable. The two exited the truck and left the scene. It’s unknown at what point Moynahan’s dog went missing in the incident.

Officers found the accused pair near the scene of the crash with Moynahan’s keys in hand. They were taken into custody. However, rather than being charged for auto theft, the Denver District Attorney’s Office confirmed that Paul J. Stephens was charged with second degree trespass to a motor vehicle. Court records show he has been released on bond and is scheduled to appear in court in June.

“I can’t even wrap my head around the basic premise of it,” Moynahan said of the charge, which carries lesser sentences than a charge of theft. “You know, theft is theft… stealing something is stealing something. And so there’s a law for it. Prosecute them.”

Mike Greenwell, a commander with the Metropolitan Auto Theft Task Force, told Denver7 it is becoming more common for district attorneys to seek lesser charges for cases like these. He believes this has had a direct result in increasing auto theft cases.

“Doesn’t surprise me at all,” Greenwell said of the case. “That’s what law enforcement has been complaining about for the last three or four years, is that criminals are not being held accountable.”

“I can tell you, it’s going to continue to increase,” Greenwell said. “There are no repercussions. Why would I be afraid to steal a car if I know I’m not going to be held accountable?”

Carolyn Tyler, a spokesperson for the Denver District Attorney’s Office, said specifics of the case could not be discussed with Denver7 since it is now pending before the court. When asked why the office did not pursue theft charges, Tyler said they “have an ethical obligation to only file charges that we believe we can prove to a jury.”

Denver7 offered to start a Denver7 Gives campaign to help Mark Moynahan replace the truck and tools he lost. He declined.

“I’m ex-military,” Moynahan said. “There’s a lot of people that really need help. I mean, I can struggle through this, and I will. I’ll make it happen.”

The one thing Moynahan is asking of his community is to keep eyes peeled for his missing pup Bunker. If you know anything that can help in the search, he asks you to reach out to him.

Clients left in the cold after Columbia County builder closes

Wed May 11 , 2022
Families are out of a house after a home builder abruptly closes. Where’d all their money go? Newswatch 16’s Stacy Lange has more in this Action 16 Investigation. BLOOMSBURG, Pa. — A home builder in Columbia County abruptly closed last month, much to the surprise of more than a dozen […] 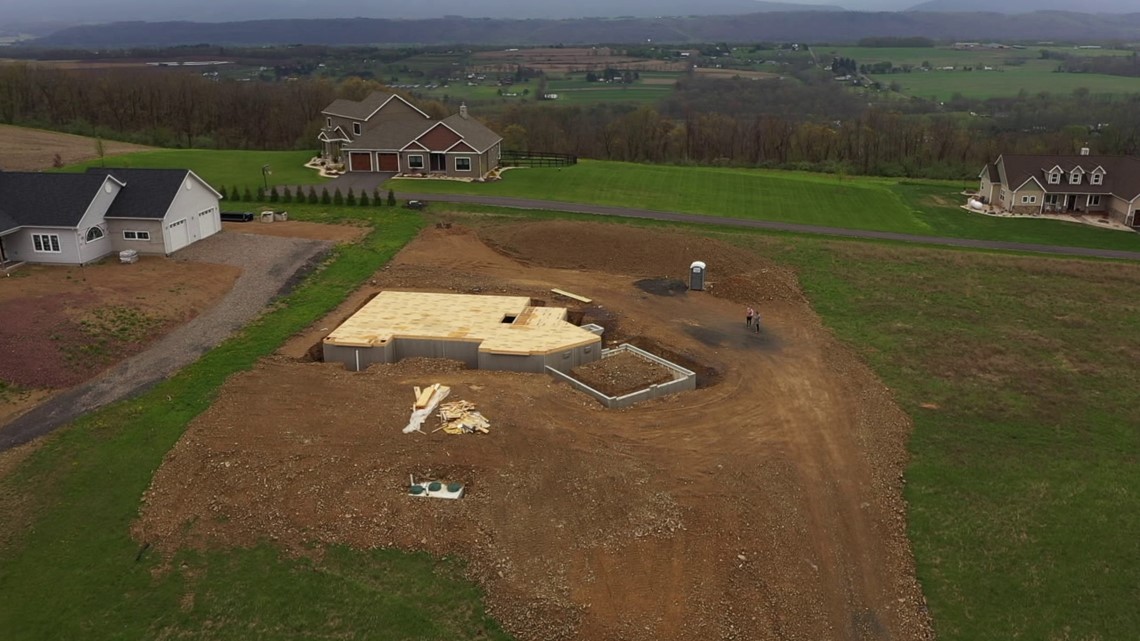