The 88-year-old Georgia woman put down thousands of dollars last summer for a sunroom. The project still hasn’t started.

HOSCHTON, Ga. – An 88-year-old Georgia woman claims she’s being taken advantage of. She put down thousands of dollars last summer for a sunroom. The project still hasn’t started.

Patricia Bridges thought by fall, definitely by spring, she’d be enjoying her year-round sunroom. But she’s not. In fact, she hasn’t seen anyone from the company since July.

“I was supposed to be using it right now,” she said from her Hall County patio. “It was to be an all-seasons room with a lot of glass all around it.”

Last July, Ms. Bridges signed a contract with Champion Window Company of Atlanta. The salesman, she tells the FOX 5 I-Team, convinced her to put down nearly one-third of the $49,762 contract.

“He said in order to get 30% off, I had to put the money down and sign a contract that day,” she said. 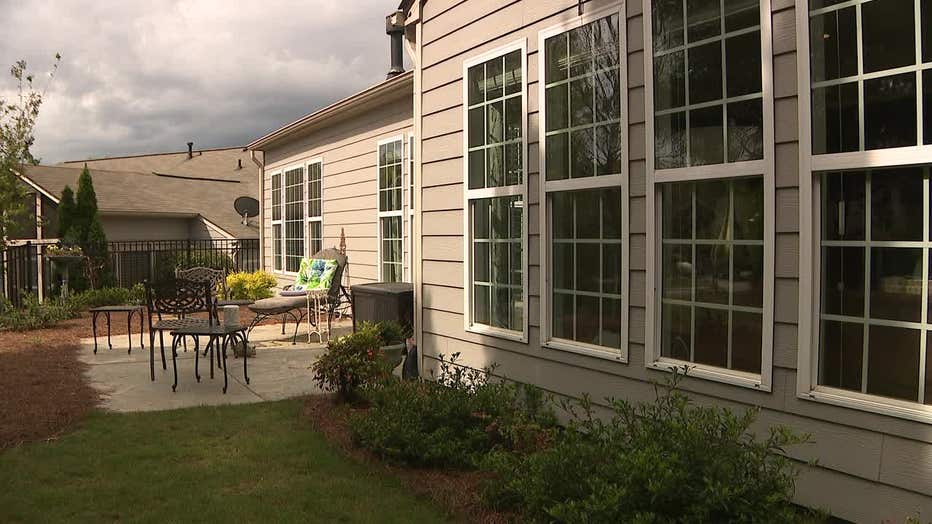 Then she waited. Summer turned to fall and still nothing had been done yet, so she had a chance to change the plan a bit, just to replace doors with windows. She said this was done over the phone.

In December, the company rep emailed, still “10 weeks out on permit approval.”

“It was always a process, a permitting process,” she said.

End of February, again the company correspondence says the hold up was the “permit.”

By March, fed up, Bridges requested the skylight be removed from the original plan, hoping this would speed up the process. That didn’t work either, so she tried to cancel the deal. 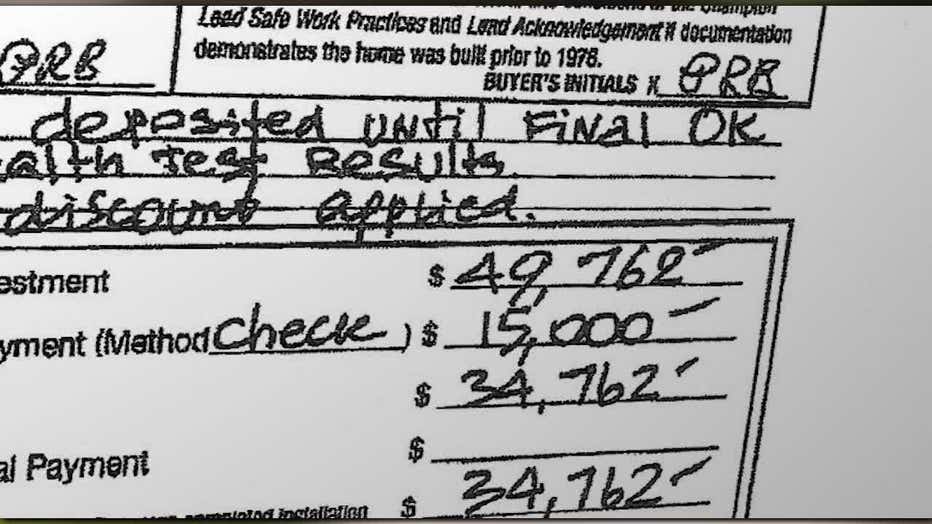 Eight and a half months after she signed the deal, she wants out. The company said sure, but you can’t get that $15,000 down payment back. They wrote that it’s “non-refundable” because they’re “not responsible for delays.”

The FOX 5 I-Team looked at the contract, too. It also says, if a customer cancels “prior to project Re-Measure Day,” she can get most of her money back.

“According to the contract, they have to give me all but $1,000 back if the remeasure has not been done,” Bridges emphasized.

They told her someone was out to re-measure on July 6 of last year. But, that was almost nine months and two plan changes ago.

The I-Team’s Dana Fowle dropped by Champion Window Company to see what in the world the hold up is. She met a company manager named James who told her he didn’t know Bridges or her story. 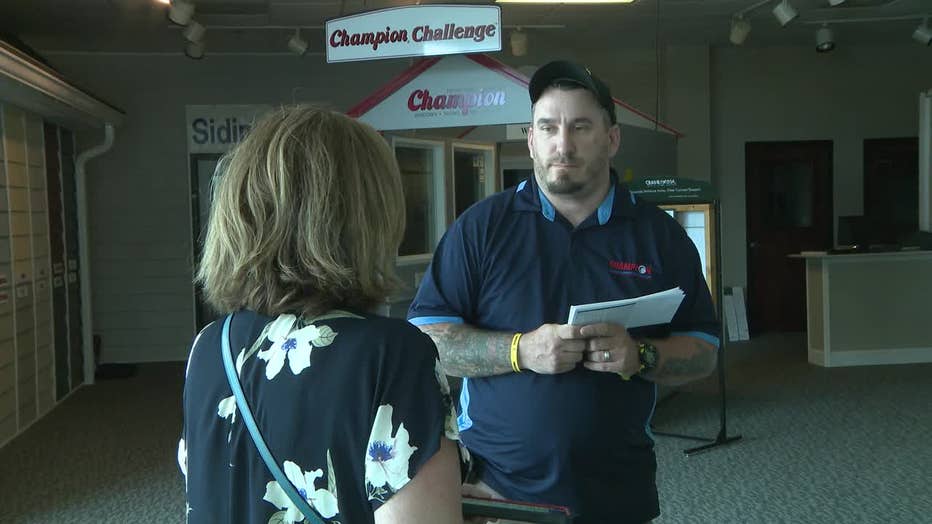 Interesting, because the Fox 5 I-Team had communicated with his installation manager and about a half dozen other employees about Bridges’ case, but he did confirm what we discovered from the Hall County Clerk’s office. The company has not filed a permit in Hall County since July of last year.

When Bridges asked to cancel the deal the company said the issue was a “documentation processing” problem. But the corporate office told us that Bridges requested “2 scope changes” for the job. They did admit they have not filed for a permit, but said they’re waiting for her supplies to arrive before they file for it. And they say the company did in fact re-measure.

“I am angry at this point,” said Bridges. 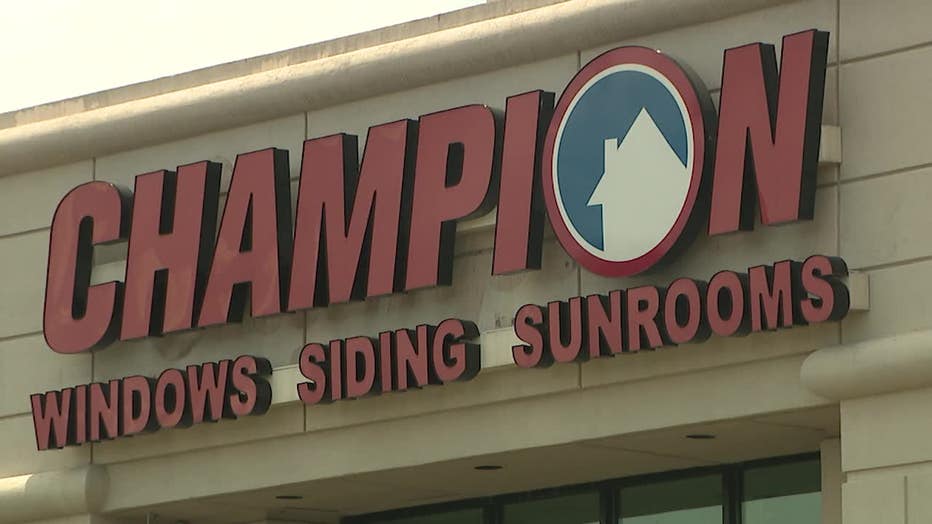 In May 2021, the Better Business Bureau “REVOKED” the company’s membership and issued them an “F” rating. It cited delivery issues, problems with service, and more.

The company insists it still plans to build that sunroom. But 88-year-old Patricia Bridges just wants her money back. All of it.

“I feel helpless because they won’t give the money back, and I think they should,” she said, clearly frustrated.

Sun May 29 , 2022
They say a kitchen is the heart of the home, which makes sense if you think about it. It’s a place you cook multiple meals a day in, you make memories in with your family, you pass down culinary traditions in, you create romantic date nights in and you teach […] 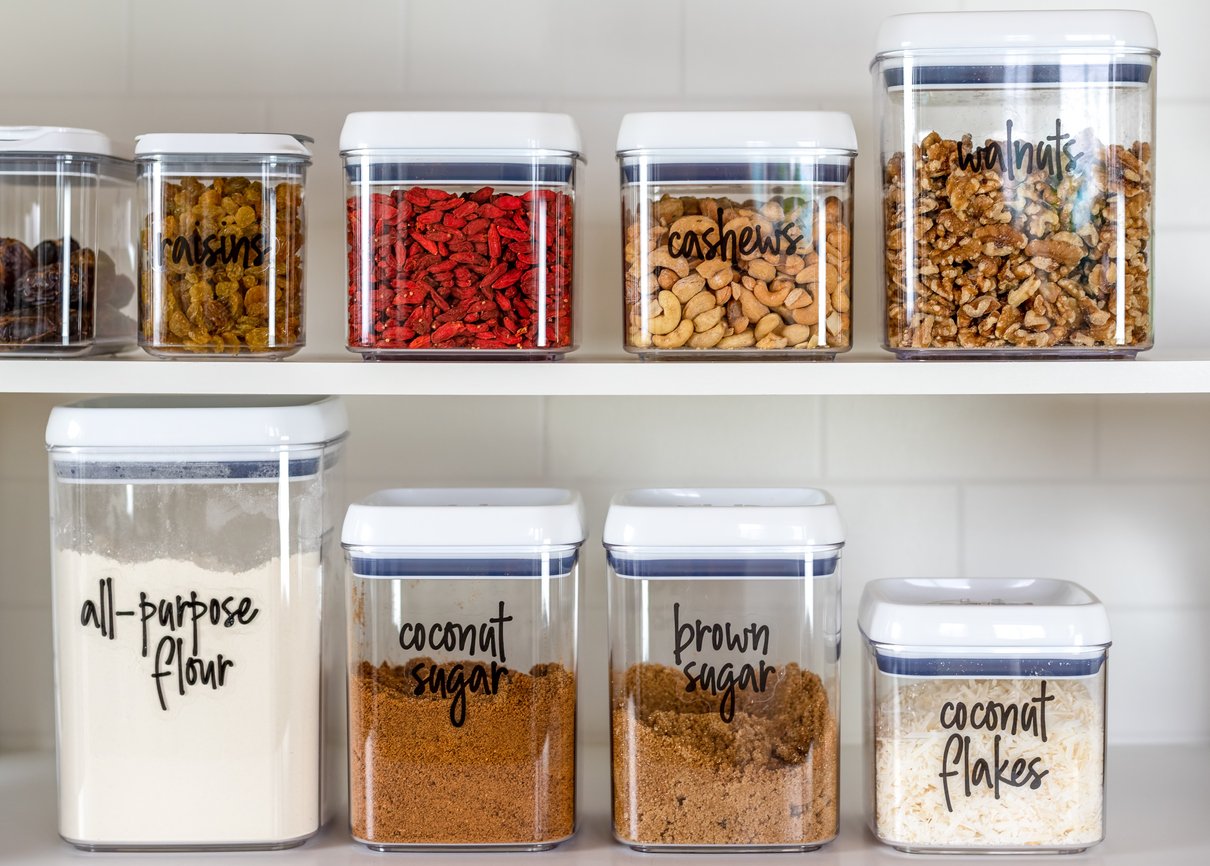