The Prime Minister has unveiled a brand new policy to help first homebuyers unlock up to $50,000 of their super, in a final attempt to retain the nation’s top job.

Scott Morrison will allow first homebuyers to unlock their super to buy a house in a last-ditch effort to win the election.

The Prime Minister announced the bold policy at the Brisbane campaign launch on Sunday revealing that if re-elected he will allow workers to raid their super piggy bank to buy a house.

“Under the Super Home Buyer Scheme, first homebuyers will be able to invest up to 40 per cent of their superannuation, up to a maximum of $50,000 to help with the purchase of their first home,” Mr Morrison said.

There are no income or property caps under the scheme, with eligibility restricted to first homebuyers who must have separately saved five per cent of the deposit.

The proposal was first floated when Mr Morrison was Treasurer and championed by Housing Minister Michael Sukkar but vetoed by former Prime Minister Malcolm Turnbull.

For many under 30s, the scheme would wipe out their super savings but for older workers not buying a home until their early 40s, it would have less impact.

“We want to further help Australians get past what is the biggest hurdle on their path to home ownership,” Mr Morrison said.

“And we started this process with the Home Guarantee Scheme and that is the difficulty of saving for a deposit. And being able to use their own money to do it.

responsible portion of their own superannuation savings into their first home.”

The proposal would apply to the purchase of new and existing homes.

“Whatever amount is invested will be returned to your super when you sell the home, including the share of the capital gain from the sale of that home,” Mr Morrison said.

“The maximum amount able to be invested under this plan is the lower of $50,000 each individual or 40 per cent of your total superannuation balance.

“Superannuation is there to help Australians in their retirement. The evidence shows that

the best thing we can do to help Australians achieve financial security in their retirement is to help them own their own home.”

The Prime Minister said it wasn’t right you could use super for an investment property but not residential.

“You can already use your super to purchase an investment property. But not your own home,’’ he said.

“Other countries such as New Zealand and Canada also have policies that allow people to use their retirement savings to help them buy their home. And under a Morrison government, you will be able to do that too.

“This is about increasing, increasing the choices available to you, within your super. It’s your money.”

Superannuation Minister, Senator the Hon Jane Hume, said the design of the scheme would ensure it was a “two for one” scheme.

“Under the Super Home Buyer Scheme you keep building your super savings – in the home you live in. When you sell, the amount you invested is returned to your super – plus a share of any capital gain,” Minister Hume said.

“It gets the balance right, helping first home buyers break into the market but protecting their retirement savings.

“The Liberals know it’s Australians’ money, not the super funds’ and not the government’s. Australians work hard to earn it. They work hard to save it. One dollar in $10 of everything they earn is saved in super right now.”

“Superannuation is there to help Australians in their retirement, and the Super Home Buyer Scheme will ensure Australians can use those savings they are responsibly building up to improve their quality of life now and standard of living in retirement.”

Mr Keating was first out of the blocks to attack the election pledge which would allow first Home buyers to raid up to $50,000 in super from 2023.

“The Liberals hate the Superannuation system – they object to working Australians having wealth in retirement independent of the government,” Mr Keating said.

“The Superannuation taxation concessions exist solely to produce a retirement income for people. Its key is preservation.

“Too good for them, says the Liberal Party. We’ll let them pilfer it away in the supposed good cause of housing deposits. Next it will be aged care or longevity or paying out HECS debt – anything to puncture the pool of money they do fervently hate.

“If the public needs yet another idea to put this intellectually corrupt government to death, this is an important offence – and with the government, its unprincipled Prime Minister.”

After Mr Keating’s criticism Mr Turnbull took to social media to confirm he had blocked similar plans in the past.

Mr Turnbull writes of the flare-ups over the super for houses idea including in 2017.

Mr Morrison wanted to allow workers to use super contributions for first home deposits but the Finance Minister wasn’t having a bar of it.

“Mathias Cormann, on the other hand, was adamantly opposed to any change to negative gearing, capital gains tax or allowing super contributions to be used for first-home owners’ deposits,” Mr Turnbull writes.

“Between the three of us, there was a very robust argument. Scott claimed that the rising levels of housing debt were a threat to our AAA rating and we needed to curb negative gearing to protect it. Mathias was shocked that we’d consider abolishing negative gearing less than a year after we’d won an election promising not to do so.”

He also thought the “super for housing” idea was plain crazy telling Mr Turnbull: “ScoMo has wanted to bully us into a position on this for a very long time. He wanted to do it last year and irrespective of what we argued in the lead-up to the election he immediately revisited it after the election.”

“Mathias and I agreed we had to make sure Scott was a success. We had to recognise he was brittle emotionally and easily offended.”

“You shouldn’t have to raid your super to buy a home, and you won’t under Labor,” he said. “We’ve got to make it easier for Aussies to buy their own home.”

“Scott Morrison has just trashed any vestiges of economic credibility,” he said.

“Costello, Hockey, Turnbull …. all said super for housing was a dumb idea that would blow up the housing market.

“But Scott doesn’t give a damn. It’s all about the politics for this bloke.”

Labor had announced an equity scheme that would allow low income workers to have the government cover 40 per cent of the cost of a new home and 30 per cent of an existing home.

As a result the mortgage would be reduced by the same amount.

There are no income limits on the Coalition’s scheme that would allow you to withdraw up to $50,000 or 40 per cent of your super.

Sun May 22 , 2022
Decorating with plants is a wonderful way to bring life and vitality to interiors. There’s nothing like lush greenery to brighten up a living space, plus the positive impact plants have on our health and wellbeing is well documented.  With such a huge variety of indoor plants available, from dainty […] 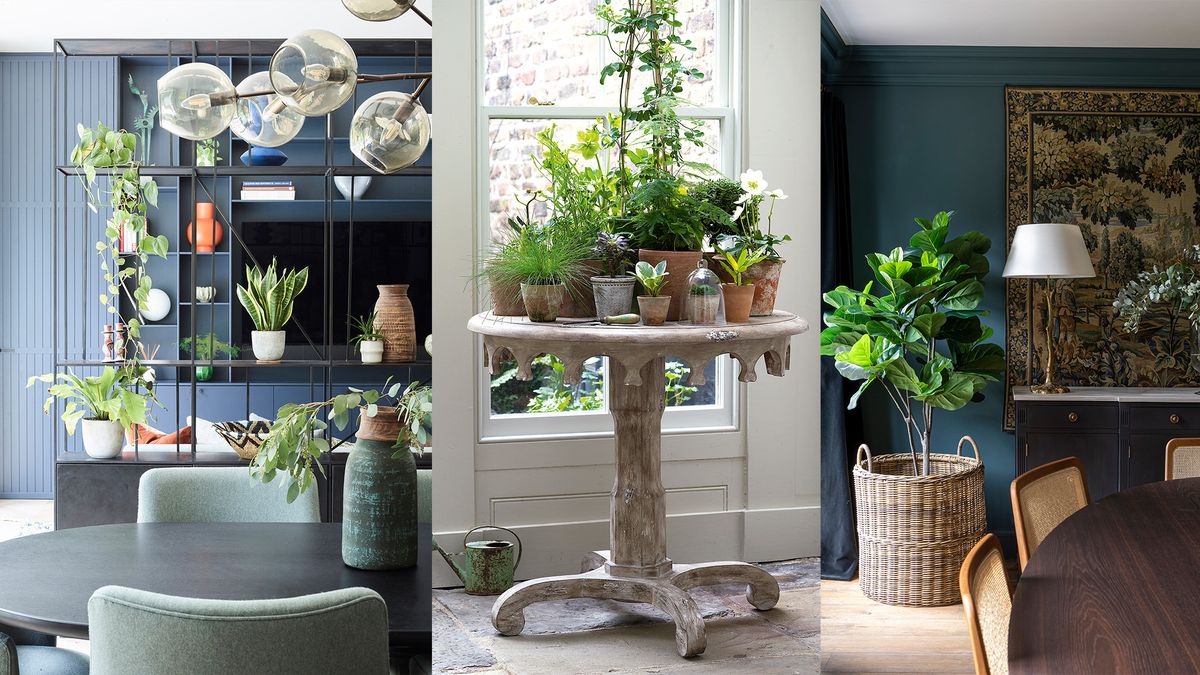