It was the homeowner’s idea to go with a retro vibe in the kitchen of her 1951 beach cottage on Plum Island. “She was inspired by the old-time spirit of the community,” says Erica Palm, a designer with Lee Kimball. So, they examined color swatches from a couple of different retro appliance companies. Big Chill’s Beach Blue was the clear winner. “It’s a fun, throwback look that’s an ode to an earlier time,” Palm says.

1 Palm added a small wall on the left side of the kitchen to better define the space. It also hides the side of the upper cabinet. “It’s a small detail that creates a much cleaner look,” she says.

2 Floating oak shelves keep the space feeling airy. “Wood cabinets are typical in older cottages,” she says. “We went with white cabinetry, so it was also an opportunity to include a wood element.”

3 Rather than classic subway tile, Palm suggested a picket shape in a vertical installation, which she carried to the ceiling. “A full wall backsplash is appropriate for a beach location,” she says.

4 Given it’s a second home, the owners opted for semi-custom cabinetry with a factory finish. But there are still bells and whistles, including old-school lazy Susan pull-outs in the corners. Classic cup pulls align with the home’s era and vintage style.

5 The flush-mount light fixture over the sink once belonged to the owner’s grandmother. “It felt right to put it in,” Palm says.

6 The owner was instantly charmed by the pivoting chrome handles on the fridge. “You pull it out and it clicks,” Palm says.

Marni Elyse Katz is a contributing editor to the Globe Magazine. Follow her on Instagram @StyleCarrot. Send comments to [email protected]

What are the most durable kitchen cabinets? Kitchen designers recommend these materials

Sun Sep 25 , 2022
Kitchens are a big investment, so when it comes to design, longevity should be paramount. Before you buy a kitchen it’s essential to familiarize yourself with which kitchen cabinets are the most durable so that you can make an informed decision. While there are many ways to cut costs when […] 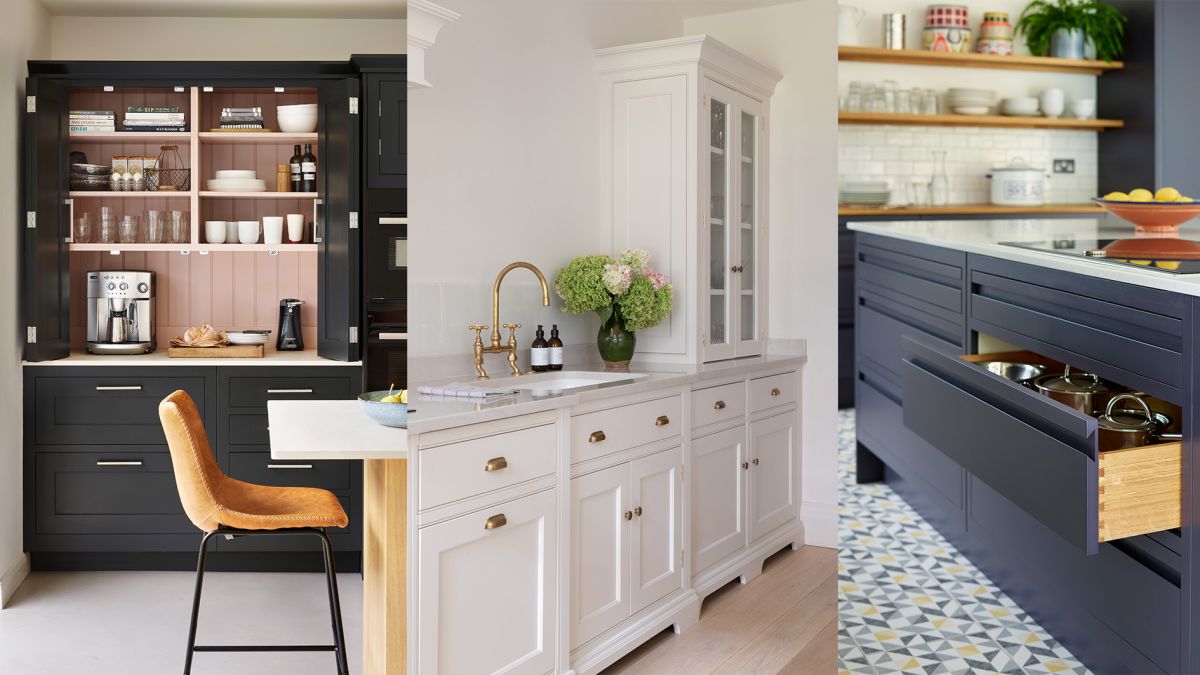