Most U.S. financial advisors have had their hands full trying to calm down their nervous ultra-high-net-worth (UHNW) investor clients over the U.S. and foreign stock market performances since the Russian invasion of Ukraine.

What many of these financial advisors may not realize is that we’re also beginning to see a crack in the universal acceptance by the United States, the EU and the United Kingdom of so-called citizenship or residency by investment programs. Here are three recent developments.

In the United States, three U.S. congressmen introduced bipartisan legislation in early March 2022, called the “Travel Ban for Traffickers Act” (Traffickers Act), which would revoke a country’s right to remain on the U.S. visa waiver program if they sponsor a citizenship for an investment program in which passports are sold in exchange for economic investment in the country.

Sometimes referred to as “Golden Passports,” these programs allegedly lack transparency. Although no proof is offered by critics, the perception is that these citizenship by investment programs enable wealthy foreign nationals of dubious character to gain citizenship in a particular country and enjoy all its privileges. Rep. Burgess Owens (R-Utah), one of the House sponsors, noted that Russians are among the most common benefactors of these purported schemes.

The Traffickers Act would include banning countries that sell passports from participating in the U.S. visa waiver program. In addition, it would call for the Executive Branch to try to persuade the United Kingdom and EU countries to eliminate visa-free travel for countries selling passports. The advantage of an EU passport is that it entitles its holder to live in any one of the 27 EU countries. Currently, Bulgaria and Malta are the only EU member states operating passport by investment programs. However, the Trafficker Act wouldn’t differentiate between Maltese citizens by birth or by investment, and all of them would have to apply for a visa before entering the United States.

In April 2021, the BBC and The Guardian reported that some non-EU nationals received Maltese citizenship after spending only a few days there. According to BBC reporting, some investors allegedly met the one-year residence requirement in Malta by renting empty flats or residences. A BBC investigative team found that wealthy individuals seeking a Maltese passport by investment would spend an average of 16 days in Malta during their one-year residence period before receiving citizenship. Some investors were able to rent a yacht or donate to charity to prove a “genuine link” to Malta.

None of this sits well with the other EU member states. In 2020, the European Commission launched infringement procedures against Malta and Cyprus over their citizenship by investment programs. Their objection is that applicants benefited from EU citizenship, and the right to live in any of its 27 member states, without having established genuine links to the country. The EU had previously called on Malta and other countries to end these programs, noting that investor citizenship schemes allegedly carried “inherent” security issues, as well as risks of money laundering, tax evasion and corruption. Cyprus suspended its citizenship by investment program on Nov. 1, 2020.

In a separate but related development, and amid the current clampdown on Russian oligarchs and their easy access to permanent residency in the United Kingdom, in February 2022 the British home secretary abruptly canceled its Tier 1 residency by investment program. This program, begun in 2008, enabled wealthy foreign nationals and their families to settle in the United Kingdom in exchange for bringing some of their wealth with them. According to the BBC, the Home Office had issued 2,581 investor visas to Russian citizens.

The British home secretary announced that she was eliminating the Tier 1 investor visa program following pressure on the U.K government over illicit finance of corrupt Russian oligarchs. According to Politico, this U.K. “golden visa” residency program allegedly had allowed investors and businesspeople from overseas, including countries often at odds politically with the United Kingdom, such as Russia and China, to achieve fast-track residency status in the United Kingdom in return for bringing as little as UK 2 million to Britain.

The home secretary was under pressure to stop the perception of corrupt elites and international pariahs threatening U.K. national security and infiltrating the country with their dirty money. Going forward, the Home Office said settling in the United Kingdom would require an investment strategy that must show genuine job creation in the United Kingdom, active management of the U.K. business and other tangible economic benefits. In short, passively holding U.K. investment assets will no longer suffice to obtain settlement in the United Kingdom.

In March 2022, U.S. congressional leaders reached a deal to reauthorize an investor program allowing foreign investors to apply for Green Cards after investing in U.S. real estate or other projects, after the program had lapsed in 2021 over a desire of some in Congress to make its criteria stricter.

According to the The Wall Street Journal, the EB-5 visa program, which has raised over $40 billion for U.S. real estate and other enterprises and partially funded major developments like Hudson Yards in New York City, was suspended in July 2021 when congressional authorization lapsed. The deal to renew the program was included in the must-pass annual omnibus spending legislation that President Biden has now signed. The revised EB-5 deal represents a compromise between those legislators from rural states advocating stricter rules to prevent fraud and steering funding to rural areas and real estate lobbyists and urban lawmakers from states such as New York who wanted to make it easier for property developers in big cities to raise EB-5 money.

Under the terms of the revised EB-5 program, foreign investors would need to commit at least $1.05 million into an investment program to qualify for a Green Card or $800,000 into an area of high unemployment. The EB-5 program emerged as a popular source of cheap funding for real estate developers after the 2008 financial meltdown. In return for receiving a Green Card and a potential path to U.S. citizenship, foreign investors are often willing to accept lower interest rates. While the initial policy objective behind the program was to create jobs in poor areas, instead much of the money went to fund luxury apartments and hotel high-rises in midtown Manhattan. Projects like Hudson Yards and a Jared Kushner family development of a pair of Jersey City luxury apartment towers qualified for a lower minimum investment amount because states gerrymandered high unemployment areas into odd, noncontiguous shapes to include favored projects.

The EB-5 reauthorization bill would end this practice and leave it to the federal government to draw the eligible unemployment areas. Projects approved for EB-5 funding would need to comply with more vetting and reporting requirements. The bill also gives the U.S. Department of Homeland Security more authority to screen the source of funding of foreign investors into the United States to ensure the money is “ethically sourced.”

What’s the takeaway from all these changes in Western government’s attitude toward citizenship or residency by investment programs? We know that UHNW global families dislike uncertainty and risk.

In a future article in an upcoming edition of Trusts & Estates, we’ll share the prism through which we’re advising our clients to prepare for and deal with ever increasing changes and challenges in our globally connected world. We’ve studied history and the many wealthy family fortunes decimated by the pogroms, World War II and other smaller wars, expulsions, confiscations and genocides. A common failing among once wealthy families throughout history was their lack of planning to protect their fortunes for younger generations.

Planning for the worst is part of our philosophy in advising our cross-border clients today. In our view, every wealthy family should prepare for increasing uncertainty and instability in the world by creating what we refer to as a backup plan. Our upcoming article will explore some of the details and key considerations in developing a backup plan. 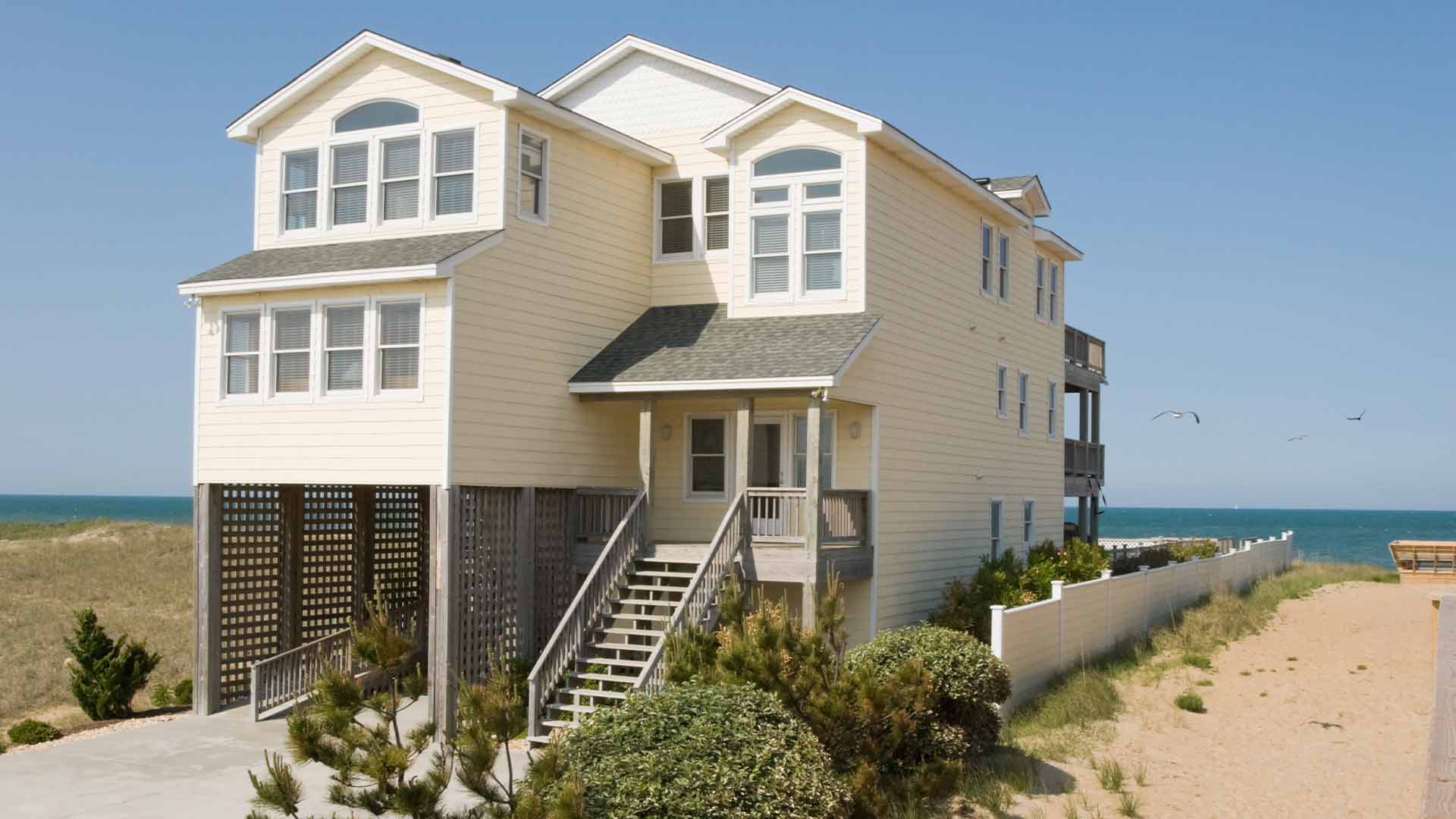 (Good Things Utah) The furniture and décor items we choose for our homes can tell much about our personalities. Whether choosing more modern styles or more contemporary, it’s important to find pieces that will complement each other and the living spaces they take up. This requires much research, but when […]