The IT contractor jobs market is losing steam, even if demand for technology skills on a temporary basis grew in April 2022 at a historically high level, an index refresh shows.

So in line with signs in March that the breakneck pace of IT contractor hiring was faltering, the REC says demand for tech freelancers is now at 63.7 — the lowest score for 12 months.

Or as the agency staffing body prefers, officially, “the number of…placements being made is still growing, but at a more stable rate.”

‘Off from its peak’

This characterisation — by REC’s CEO Neil Carberry — was made about overall jobs on its monthly index (on which any score above 50.0 signals growth on the prior month).

But the characterisation could equally apply to IT contractors.

In March, demand for such workers rose to 67.7, representing both the 16th consecutive month of growth in new opportunities and the highest index reading since October 2021.

In April, moderating to 63.7, IT contractors still enjoyed a “fast rate [of new placements being created] by any normal standards,” but, Mr Carberry says, it was ‘off from its peak.’

‘Great time to look for a new job, plus a pay rise’

“Temporary placements are at their lowest rate of growth since a year ago,” the chief executive of the Recruitment & Employment Confederation (REC) continued in a post.

“[But] pay growth hit record rates in March [since] our survey started in 1997. So this is a great time to be looking for a job — and a pay rise to help meet the rising cost of living.”

At Indeed.com economist Jack Kennedy says that, during the month covering the REC data, postings across its UK & Ireland platform “remain elevated but have plateaued recently.”

Yet he too suggests premiums are still on offer — not just as employers compensate staff for higher living costs but also because many firms “still have substantial staffing gaps to fill.”

Claire Warne, head of education, skills and productivity at KMPG confirmed as much last week.

“Employers continue to be relentlessly challenged — by attracting and retaining talent; rising costs due to inflation, as well as supply chain pressures,” she said.

‘Getting the offers to candidates right’

Some of those pressures might originate from IT contractors demanding more money for their services, particularly Analysts and Software Engineers, as both were “in short supply”.

There were also shortages in April of IT contractors skilled in Automation Testing, Development, Technology and IT – four areas which the permanent market also lacked.

Elsewhere in the confederation’s April Report on Jobs, Mr Carberry recommended working with a recruiter to any engager who is struggling to get offers to candidates “right.”

But he isn’t alone in sharing top tips.

“If you’re reading this and are recruiting, then here’s some advice — your recruitment process in 2022 needs to be highly agile.”

Mark Wilson, a risk and compliance recruiter explained his recommendation after a fatigued candidate was summoned for a fifth interview.

‘No need for more than three interviews’

“I honestly can’t see the need for more than three interviews,” reflected the recruiter.

“And that’s for senior positions. There’s no need for interviews to be strung out over a period of several weeks.”

With his fintech clients in mind, Mr Wilson warned: “If you insist on some form of interview endurance test, then you can expect to haemorrhage people from the process along the way.”

Some of those ‘haemorrhaged’ will go off to pursue other roles elsewhere and according to Stella Leaburn, a recruiter of C-suite candidates, we’ve all done it.

“Everyone has job-hopped. I’ve job-hopped. The reasons are myriad”, Leaburn began from her LinkedIn profile.

“I’m not advocating for quitting…on the slightest whim — work can be hard, it can be challenging, you may not like everyone you work with.

“But do a bit of self-analysis. If you job-hopped because you realised your [personal] growth was [being] held up, that’s all you need to know.”

‘Not for the faint-hearted’

However recruiter Pam Isles who places accounting and tax professionals knows what it’s like to be on the receiving end.

“My head nearly fell off [yesterday as] I woke at 6.30am, reached for my phone and I had three messages from candidates [all cancelling],” began the agent online.

“One lady cancelled her start date at 9am, another quit [the hiring process] as she decided to pursue another career, and one person sadly couldn’t…[start] as she was poorly.”

Addressing fellow agents but receiving ‘Likes’ from candidates too, a director at Jive Recruitment, Ms Isles added: “Recruitment really isn’t for the faint-hearted. It’s challenging — and can be like a roller coaster.”

Sat May 21 , 2022
A modular and manufactured home builder is expanding to southeastern North Carolina, bringing in 182 jobs over the next five years. Champion Home Builders, which is a subsidiary of Skyline Champion, will invest $18.7 million in the acquisition of Manis Custom Builders’ Scotland County plant in Laurinburg, which it plans […] 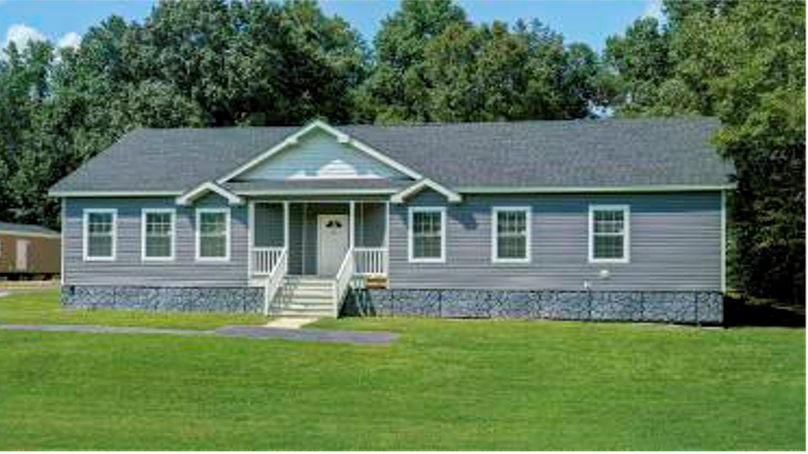