John C. Allen, highway contractor and philanthropist, died at his home near Coalton on April 21.

A native of Clarksburg, Allen led J.F. Allen Company as its president and chairman for more than 55 years. During that time, J.F. Allen Company built highways and bridges in Virginia and West Virginia. Allen also oversaw the construction of the Stonewall Jackson Dam near Weston. He was the 7th generation of road builders in the Allen family.

Soon after his birth, the family moved to Fort Bragg, North Carolina, where Allen’s father served as the base engineer. After the end of World War II, the family returned to Clarksburg. Allen’s parents started J.F. Allen Company in 1946.

Allen graduated from Washington Irving High School in 1957 and matriculated to West Virginia University. After one year at WVU, Allen transferred to the Virginia Military Institute, graduating in 1962. Though the regimen at VMI was difficult, Allen credited the school for instilling in him the fortitude to succeed. He often quoted the aphorism written on the entrance to VMI’s barracks, “You may be whatever you resolve to be.”

In 1962, Allen began his lifelong career at J.F. Allen Company while building Interstate 81 near Winchester, Virginia. It was there that Allen met Joyce Butler McKee, a young widow with three small children. The two were married in Winchester on Aug. 16, 1969.

Allen remembered with humor that he went from being “a bachelor to a father of three overnight.” After moving back to Harrison County in 1970, the couple welcomed a son, John C. Allen Jr., to the family.

In his later years, Allen promoted the importance of higher education in his home state and beyond. He served on the Board of Trustees of West Virginia University Foundation. Allen was honored for his service to WVU with his induction into the Order of Vandalia in 2004. Allen was also appointed to the Board of Governors of his alma mater, the Virginia Military Institute. He received the Distinguished Service Award from that school in 2009.

A voracious reader of histories, Allen maintained a stack of books at his bedside. His hobbies included fly-fishing, bird hunting and growing flowers in his greenhouse.

Diagnosed with prostate cancer in 2004, Allen suffered from that disease until his death.

He was preceded in death by his parents, Sara Crile Allen and James Frederick Allen; and his brothers, James F. Allen and David G. Allen, all of Clarksburg.

Although Allen received many business, civic and philanthropic honors, he believed the greatest blessing of his life was his family.

He is survived by his loving wife of 52 years, Joyce Butler McKee Allen; his daughter, Susan McKee (and Chris) Crimmins; and his three sons, Peter (and Katherine) McKee Jr., Thomas Braxton (and Alison McKee) and John C. Allen Jr. (and Sarah Douglas).

The family would like to thank the generous and dedicated friends and caregivers who helped the family during Allen’s illness.

There will be a private burial service at the family home.

A gathering of family and friends will be held at Davis & Elkins College in the Butler Lounge of the McDonnell Center on Thursday, April 28, from 2 p.m. to 5 p.m.

In lieu of flowers, donations can be made to the West Virginia University Cancer Institute, 1 Medical Center Drive, Morgantown, WV 26506.

The Tomblyn Funeral Home of Elkins in charge of the arrangements.

Condolences may be expressed to the family at www.tomblynfuneralhome.com.

Fri Apr 29 , 2022
Housing remains in short supply despite mounting prices. Photovs/Dreamstime Text size The surge in mortgage interest rates is hitting house buyers much harder than home builders. For the latter, it’s brought the demand for homes closer in line with their supply but doesn’t seem to threaten a downturn in their […] 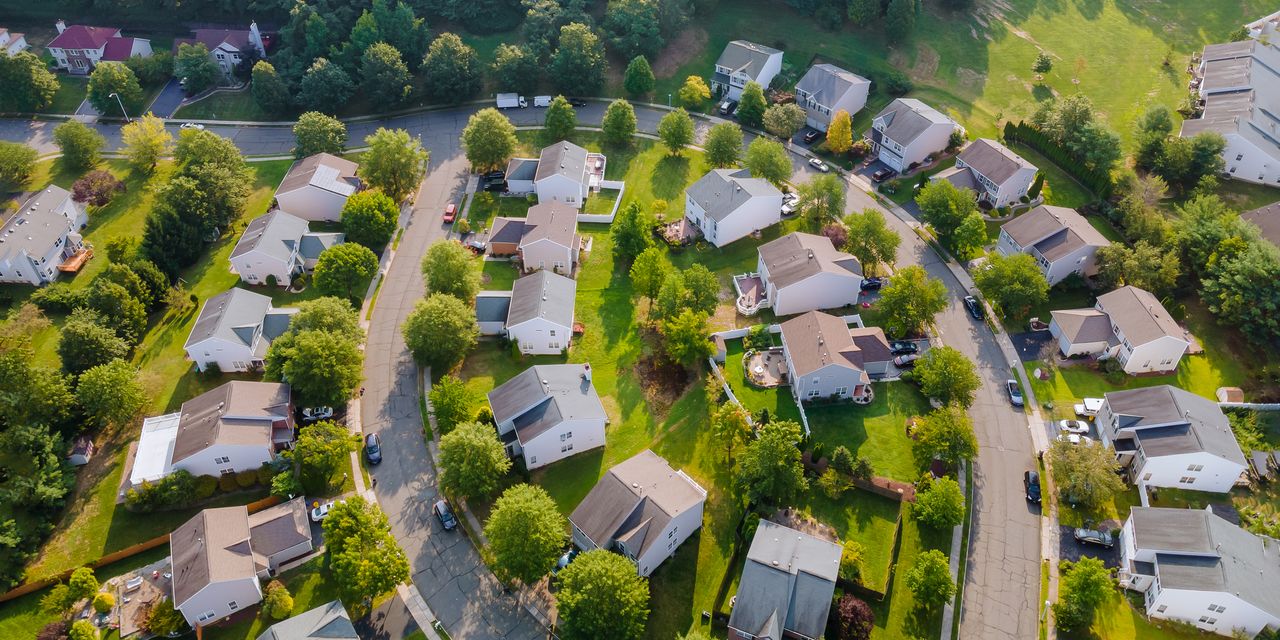