CHARLESTON, S.C. (WCSC) – As population booms in the Lowcountry, the demand for housing is following the same trend.

County officials in the Lowcountry say homebuilders are working to meet that need.

Berkeley County is just one area seeing the monumental growth, as master-planned neighborhoods are being put up in a matter of years.

Due to what some homebuyers call a ‘rush to keep up,’ homeowners say their builders are cutting corners, and now, they’re not getting what they paid for.

IF THERE IS A DEFECT: What rights you have before, during and after your home is built

“We’ve got an issue with the flooring. We’re having to spend a thousand dollars on our tub because it’s cracked in the bottom,” says Harrell Rogers, who closed on his half-a-million-dollar home in Summerville in November.

“Our son and daughter-in-law have a huge mold and mildew problem in the master closet. She had to throw out about two-thirds of her wardrobe,” Rogers says.

He says throughout the building process, he saw his builders were using cheaper materials than he expected, and the installation was unsatisfactory.

“What can happen by the end of the project is when you typically see problems with the contractor abandoning the project or perhaps not wanting to come back and finish the work,” says Mark Koontz, Construction Attorney at Koontz Mlynarczyk in North Charleston.

“Very often the builders are trying to get done and move on to the next project,” Koontz says.

But there are ways to protect yourself as a new-home buyer. Koontz says homebuilders are required to fix these defects, and while many people think developers are only required to do so during the one-year builder’s warranty, South Carolina State law gives a buyer eight years in most instances to find and correct deficiencies. The only catch is a three-year statute of limitations, which means you have three years from the time of finding a defect to notify the builder.

“This is a good thing because many deficiencies like water intrusion from leaking windows or a roof may not manifest or reveal themselves until several years into the build,” Koontz says. “Builders escape liability because folks never talk to an attorney.”

Either not talking to an attorney or not hiring an outside home inspector can lead to issues with defects not getting fixed. Koontz says it’s more complicated than just sending a phone call or text to your builder. An attorney must send a “Notice of Alleged Deficiencies” to the builder.

And whatever you do, Koontz says don’t fix a defect yourself before contacting the builder and/or an attorney.

CONFUSING CONTRACTS: What to watch out for

“These larger builder’s contracts are among the most one-sided contracts you can find,” Koontz says.

Koontz says it’s the contracts buyers sign that will keep them either locked down or locked out of their new home.

“If you become too much of a squeaky wheel or if you complain about things too much, then nine months into that build, that home is often worth more than what you contracted for it,” Koontz says. “[The builder will] have no problem terminating you and reselling that home when they finish it for a higher price to somebody new.”

Aside from potentially losing the home you spent tens of thousands of dollars for a deposit on, Koontz says you also want to make sure your builder is contractually obligated to build the physical home in the plans.

“You would be surprised with how often builders do not comply with the plans. They make unauthorized substitutions, sometimes big things. They leave out windows, fireplaces, or things like that,” Koontz says.

For Harrell Rogers, who bought a new build in Summerville, he didn’t get the range above his stove he expected, despite paying for it. The range cover the builder put up was a “dumbed-down” version of what they were told they’d get.

Aside from catching defects, Koontz says hiring an outside home inspector will be your safest bet when buying a new build. They’ll be able to make sure the builder is following the architect’s plan and not cutting corners.

“And the best person to do those inspections is the architect that you paid to prepare your plans,” Koontz says. “You want it to be an independent inspector who works for you and not the builder.”

PERFORMANCE AND EXECUTION: When your builder has left you behind

Construction Attorney Mark Koontz says making sure a builder executing a contract to completion can be one of the most difficult things a buyer can run into.

“Relationships between the builder and the buyer are very important, and they often times start off very strong,” Koontz says. “They can start to fizzle out for many reasons, especially if the builder has received most of their payments.”

Koontz says a buyer should absolutely seek legal help when served with a mechanics lien.

A mechanics lien is served when the builder has not paid the subcontractor or supplier for their work. The lien is a way for that entity to get paid.

“If you’re served with a mechanics lien from the roofer, for example, or another subcontractor saying they didn’t get paid $20,000, do not give them your money. Get an attorney.”

Wed May 25 , 2022
(Good Things Utah) The furniture and décor items we choose for our homes can tell much about our personalities. Whether choosing more modern styles or more contemporary, it’s important to find pieces that will complement each other and the living spaces they take up. This requires much research, but when […] 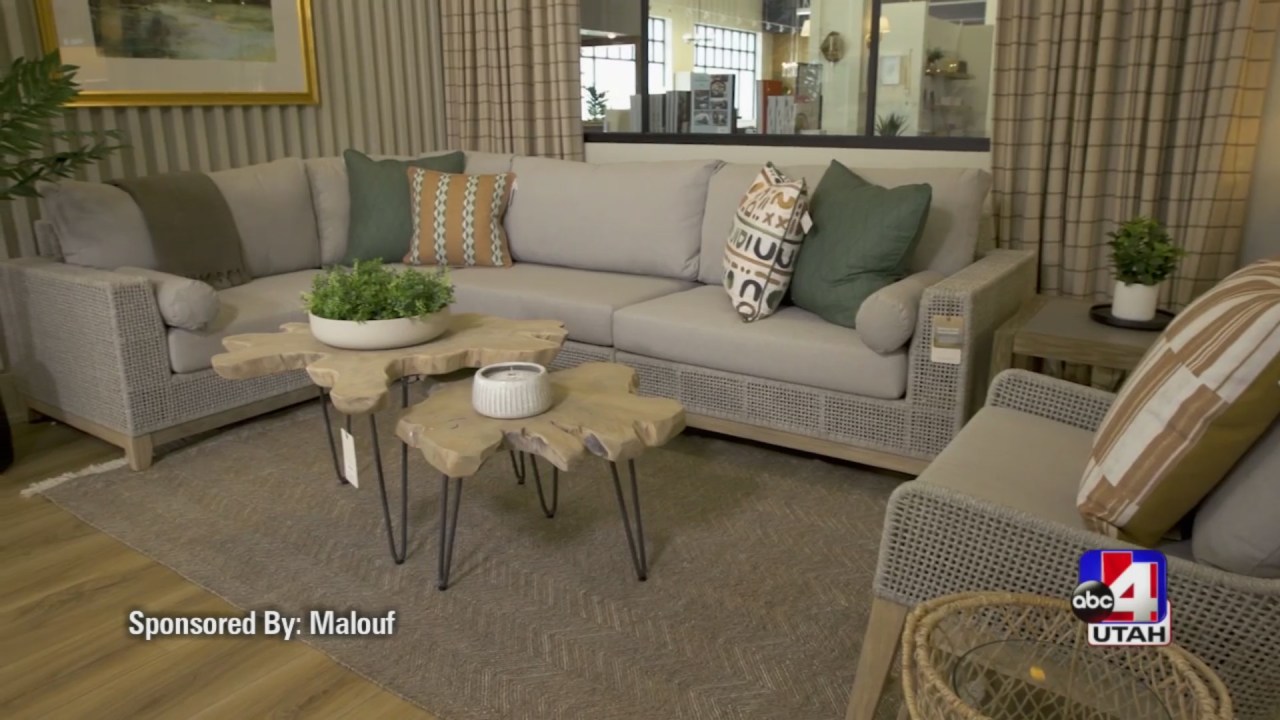