Gina Kolb got off to an early start in real estate, buying a small house in Columbia, Conn., near her hometown, Hartford, when she was 27. “I didn’t want to pay rent,” she said. “Rent is a waste of money.”

Over the years, she and her husband, Peter Kolb, bought and sold a few more properties, in Connecticut and South Florida. Mrs. Kolb, filled with entrepreneurial zeal, always enjoyed renovating and decorating, and made money by renting or selling.

“Gina is very good at finding the diamond in the rough,” said Mr. Kolb, an accountant who grew up in Naugatuck, Conn. (The two met when she was referred to him after her accountant retired.) His approach was: “This place is a dump. Why would we buy it?” Hers was: “We will fix it up, rent it and sell it later,” he said.

[Did you recently buy or rent a home in the New York metro area? We want to hear from you. Email: [email protected]]

The Kolbs, now in their mid-50s, settled in Old Saybrook, on Connecticut’s shoreline, where they spent three years renovating a house they bought as a teardown. “The best deals are properties that need updating,” Mrs. Kolb said. “We try to find the best price at the right time.”

The family, with four children now in their teens and 20s, vacationed in the Hamptons — an easy trip on the Cross Sound Ferry between New London and Orient Point. The Hamptons rental market was strong, with insurance costs and property taxes far lower than in Florida. So the Kolbs sold their Florida properties.

“When we heard what people pay to rent in the Hamptons, we thought, ‘This is something you see on TV,’” Mrs. Kolb said. “The return on our investment as a rental is something we hadn’t heard of before.”

Their first Hamptons purchase was a three-bedroom duplex in a 1984 condo complex in Sag Harbor. It was outdated and reeked of cigarette smoke — but that was just another challenge for Mrs. Kolb, said her real estate agent, John F. Wines, a licensed associate broker with Saunders & Associates: “It’s interesting to her — she has fun doing it.”

The Kolbs bought the condo for $900,000, redesigned it and sold it three years later for $1.5 million. A year ago, they bought a four-bedroom, two-bathroom ranch house with a pool, also in Sag Harbor, for $1.175 million. Mrs. Kolb happily renovated it, but wasn’t keen on the location across from a firehouse. So the couple listed the house — it is currently for sale for $2.395 million — and went on the hunt for something different.

“If it makes business sense, we resell it,” Mrs. Kolb said. But she always kept an eye out for a permanent home.

Their budget was around $2 million, depending on what turned up. But they did have a few criteria. For one, they wanted to avoid having to drive to shops and restaurants. “In season, there are way more cars than parking spots,” Mr. Kolb said. “When restaurants start opening for dinner, there are floods of people.”

Find out what happened next by answering these two questions:

Mon May 16 , 2022
The Urban Growth Company (UGC) has appointed VINCI Construction UK as its design and build contractor for two major new multi-storey car parks on the outskirts of Solihull in the West Midlands. The car parks will be next to the new HS2 Interchange Station at Arden Cross, a new 140-hectare […] 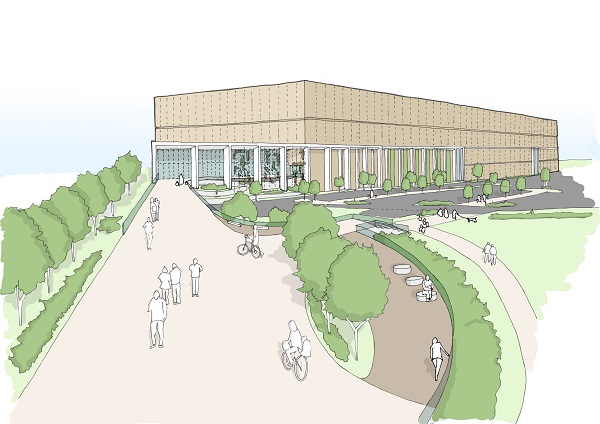