When Oscar Martin was building his home in Bondi Beach, he saw firsthand the pitfalls of traditional construction, including cumbersome delays, unexpected expenses, and excessive waste. When certain prefab elements arrived to the site, they went up in a single day, and he began to wonder why the rest of the house couldn’t be as simple.

Immediately, Martin, who is an entrepreneur and cofounder of hit news website Pedestrian TV, started a search for prefab homes that led him to beautiful examples in both Japan and Scandinavia. They were good, he thought, but still lacked in both energy efficiency and aesthetic appeal. Inspired to make something better, he partnered with Australian architect Peter Stutchbury, who’s long been a proponent of sustainable building. Together they created Dimensions X, a home building company that plans to deliver planet-friendly prefabs at the click of a button.

“I want to do what Tesla has done for auto, only with housing,” says Martin, referring to both the experience of buying one of Elon Musk’s cars and the reduced energy impact of driving one.

Stutchbury and Martin, along with lead project architect Alejo De Achaval, have since designed the first prototype, OM-1, a roughly 613-square-foot design made of cross-laminated timber (CLT), topped with a flat roof with eaves, and packed with energy-efficient components that make it affordable to build, purchase, and live in. And while buying one won’t be quite as simple as a single mouse click, the experience still promises to be slick.

“We have an online configurator where people can build the homes and see real-time pricing based on decisions made,” says Martin, citing unknown costs as one of his main gripes with traditional building.

On the Dimensions X website, buyers will select their desired modules and elements that reflect their individual tastes, from the length and size of the home to the orientation, finishes, and placements of the doors and windows. A range of environmental add-ons will be available, from beehives and mineral pools to rainwater tanks and composting.

According to Martin, once selections are finalized, a home can be built in six weeks before being shipped directly to the project site for assembly. The company is currently working out a way to make it as easy as possible for a local builder to put one together.

“We’re filming a step-by-step guide and hoping that these homes are simple for any home builder to construct,” says Martin. “Almost like a piece of Ikea furniture!”

Because the OM-1 is built of CLT, a strong and sustainable material, it has a smaller-than-average carbon footprint. Martin and co also skipped concrete, instead creating a foundation using a material called Surefoot Footing that allows buyers to situate the design on varying terrain with minimal disruption to the land.

Even when a home is placed, nothing is set in stone. It can be rotated, walls can be removed, windows and doors can be switched, and extra eaves can be added for storage, for example. Says project architect De Achaval, “The possibilities are endless.”

Deck decorating ideas: the latest looks to embrace this summer

Tue May 10 , 2022
These deck decorating ideas mean an easy update without too much effort. Chances are, if you’re sat out on your deck, you’re having a lovely time. Taking a moment of calm outside with a coffee amidst the morning rush, sharing dinner with friends in the sunshine, or huddling round a […] 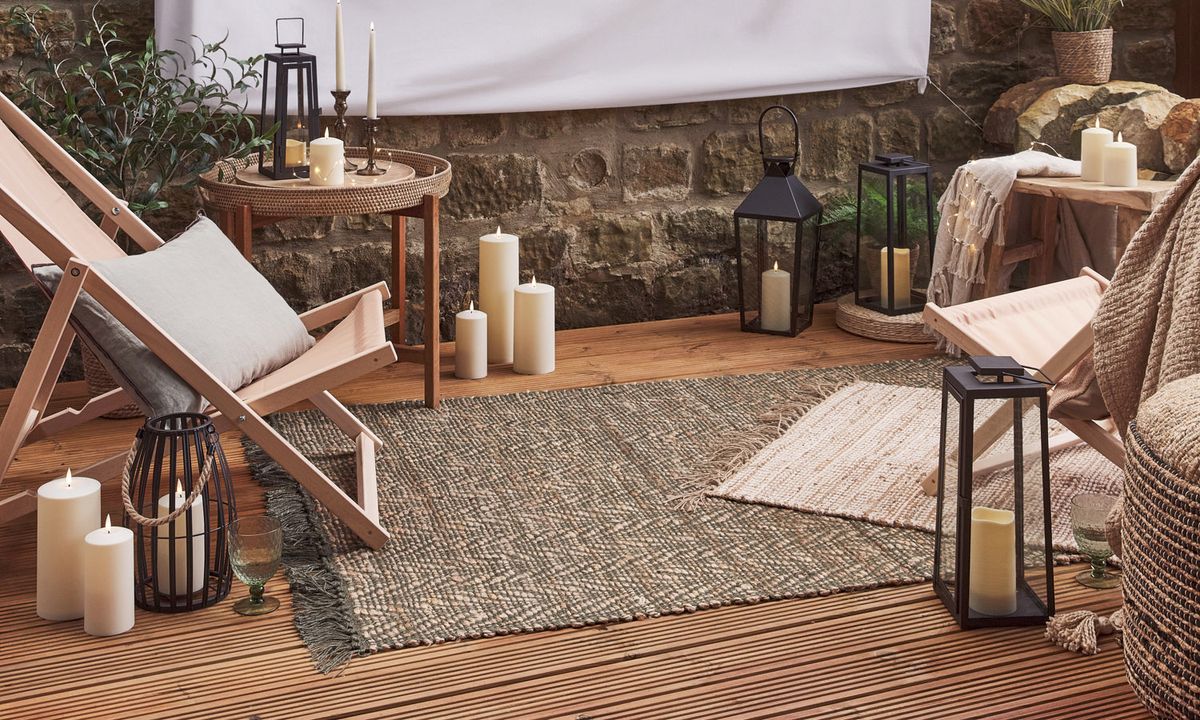